The European Academies of Science (EASAC) warn that current efforts to resolve the plastics crisis are ineffective and misleading. 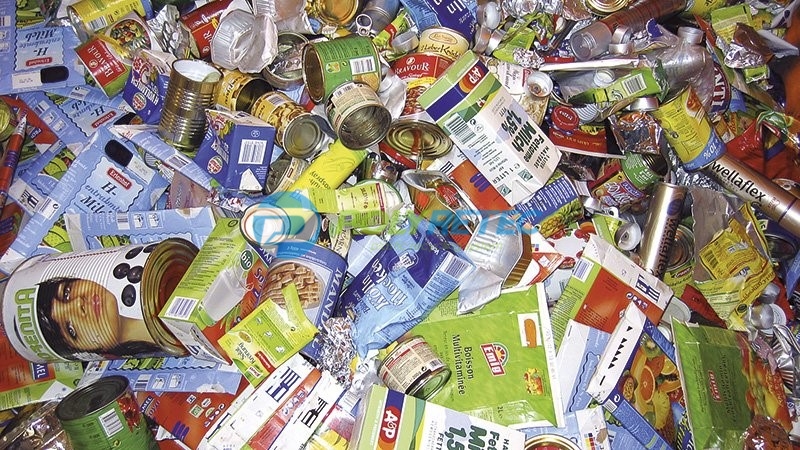 Policymakers and industry must address conflicts in the whole system, from production to end-of-life. “Reducing the leakage of millions of tons of plastic waste into the marine, terrestrial and freshwater environments is incompatible with banking on continued growth in the use of plastics”, says EASAC’s Prof. Michael Norton. EASAC’s latest report “Packaging Plastics in a Circular Economy” shows that fundamental and systemic reforms are required along the whole value chain, in order to slow and reverse damage to the environment, biodiversity and ultimately risks to human health.

Plastics are literally everywhere. Since the 1960’s global plastic production has increased from 1.5 million to almost 400 million tons per year. “Macro and microplastics are widespread on land, in the seas and are even found in the air. For many species, plastics are deadly, through entanglement and ingestion, while microplastics are transmitted throughout the food chain. In the history of mankind, the 21st century might actually be remembered as the ‘plastics age’”, says Norton.

“We do not question the essential role and benefits of plastics in our way of life. But the warning of our report is not a dystopia of environmental activists. It’s science”, Norton continues. The report makes clear that voluntary mechanisms and market mechanisms are insufficient to address the problem. Norton: “European legislators should adopt rules and incentives to speed up the move towards a Circular Plastic Waste Economy. We have to reuse plastic goods and packaging, drastically improve our recycling and above all see that no waste is leaked into the environment.”

The Academies’ report makes clear that banking on growth is not an option, not least because switching to many so-called “bio”-materials cannot be justified on resource or environmental grounds either. Says Norton: “They can mislead consumers by creating a false image of sustainability and thereby risk prolonging today’s throw-away mentality.”

This is the first time ever that the leading scientists from the National Academies of Science of 28 European countries have joined efforts in taking an in-depth look at the whole plastics value chain. Based on their findings, EASAC’s scientists issue the attached seven recommendations to EU policymakers how to transform the system.

Today, the majority of the EU’s plastic waste is not recycled in Europe. Huge amounts of contaminated and hard-to-recycle plastic is being shipped out of Europe, often ending up in illegal factories and/or being leaked into the local environment and ultimately the oceans. “Europe should deal with its own waste and not offload it on others less able to deal with it. Processing plastic waste in Europe is better from both an environmental and ethical point of view, even if we had to incinerate some of it in waste-to-energy plants”, says Dr. Annemiek Verrips of the Netherlands Academy.

EASAC urges the European Commission to make the adoption of a target of zero plastic waste to landfill a priority, consistent with the development of a circular economy for plastics in the EU.

The scientists also recommend making the reduction of consumption an explicit objective of the upcoming “Plastics in the circular economy” package. “One important policy measure to bring down one-way use is to extend direct return schemes to a wider range of containers and single-use beverage”, explains Verrips.

Eco-modulated fees also take into account product design criteria relating to their end-of-life use and environmental impacts such as toxicity, durability, reusability, repairability and recyclability/compostability.

At present, the scientists see a very limited potential for biodegradable plastic. Anne-Christine Albertsson of the Swedish Academy notes: “The ideal target of a plastic which breaks down naturally in the environment remains elusive since most applications of plastics require durability. It is a basic premise that a material which can degrade in the environment should not degrade during its shelf life. There are only a limited number of products which can meet biodegradation tests in the marine environment and even those still maintain their integrity for months, during which time the risks of entanglement and ingestion remain.

Also, ‘bio’ does not equate to reduced environmental impact since alternative feedstocks to fossil fuels can be associated with high greenhouse gas emissions, competition with land for food, or driving land use change. “Today consumers are often misled, including by the current diversity of labelling schemes. We need a mandatory and uniform European labelling scheme related to actual rather than theoretical recyclability”, explains Dr. Attila Varga of the Hungarian Academy of Sciences.

Effective recycling for much of the waste stream is exceptionally difficult, and a range of options need to be developed to extract value from current low or negative value mixed plastic waste. If, as EASAC recommends, export from the EU and landfill are to be stopped, it is essential to develop integrated recycling systems which can deal with all plastics waste.

6. Limiting additives and types of resin to improve recyclability

So far, many manufacturers and processors in the plastics industry have not shown enough interest in what happens after their products are used. The report finds that the technical and economic viability of recycling would be greatly assisted by reducing the use of sometimes even toxic additives and simplifying the number of polymers that can be used for specific applications, for example in large volume applications to the easily recyclable polymers like PET and PE. Recent technological advances are allowing even the multilayer packaging comprised of different materials (and thus very difficult to recycle) to be replaced by multi-layer packaging comprised of the same resin, so that it can be recycled.

Virgin plastic feedstock is too cheap. The cost of plastics does not include the costs on environment and society from the original oil or gas through to littering on land or the ocean. Not including environmental costs is a market failure and a fundamental barrier to a greater demand for recycled materials. According to the report, this underpins measures under discussion in some Members States and at European level to either introduce a plastics tax or require minimum recycled contents.

Price is also the most important signal for consumers to swiftly change behaviour, EASAC points out. “However, there are clear limits to how far any measure can be effective based just on individually motivated consumer decisions. That’s why we believe that policymakers must quickly adopt a consistent regulatory and financial framework”, says Varga. 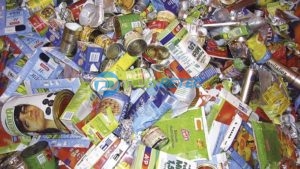